Would probably be described as pretty average. 19, sophomore, and undecided in major at the university. Currently the symbiotic partner to a possessed floating bobcat skull and is looking for a way to save her friend. One part mysteriously delivered from Bailey's friend, other part stolen from the Science Center. Has the ability to share its spectral powers with Bailey in the form of a kick-ass outfit and spectral weapons. Supposedly sent to recruit some help to free Bailey's friend. Also has a floating skull. When Bailey's bobcat skull became possessed, some energy ended up in a deer skull Dana had with her. Also a sophomore and really likes anime. She isn't quite sure what she has gotten involved with. 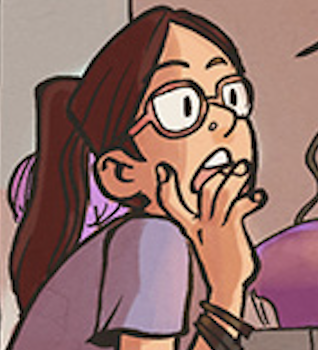